Heb je naast karpervissen nog meer hobby’s?
I like to go to the gym, just to keep fit and try and stay in reasonable shape.

Hoe ben je met het karpervisvirus besmet geraakt?
I fished for crucian carp when I was a kid and eventually got to fish waters with proper carp in and once I had caught a carp I just wanted to catch more of them. 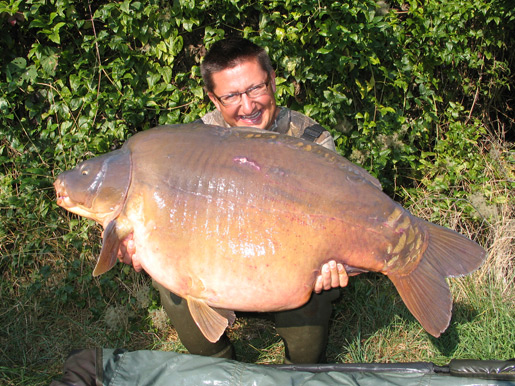 Wat is je favoriete aassoort en waarom?
I do not have a favourite really. I user whatever suits the water I am fishing, be it particle or boilie. My favourite boilie is any frozen Mainline Boilie.

Als je met boilies vist koop je ze of rol je ze zelf?
They are ready rolled but fresh so they have to be frozen.

Wat is jou favoriete rig en waarom?
Short stiff coated hooklink like Hybrid Stiff, with 1cm of soft braid exposed by the hook. A wide gape hook with shrink tube on the eye and a rig ring trapping the hair up by the bend with a bottom bait, coupled with a running lead clip rig and tubing. It almost never tangles, gives very few hook pulls and can be suited to most lake beds, I think running rigs are harder for a fish to get rid off once the point of the hook has snaggged some part of the fishes mouth.

Wat is je favoriete montage systeem?
Just answered that one, a running lead clip but again I use whatever lead set up suits where I am fishing.

Vis je liever alleen of met een vismaat?
Alone most of the time, fishing with someone means you often have to compromise on swim choice and are less likely to move. I fish 'socially' several times a year with work collegues or mates.

Heb je een voorkeur voor overdag of ‘s nachts vissen en waarom?
Daytime bites are better cos you can see what's going on and have more control over the fish but I will take a bite whenever it comes, we can't be choosey can we! I fish normally 3 days and nights per session.

Op welk type water vis je het liefst en waarom?
I like larger open waters where the fish can be spotted jumping and rolling. I like space around me and would never think of 'poaching' anothers swim. I like waters where effort equals success rather than just getting in the 'hot' swim and knowing you will catch.

Wat is je persoonlijk record en waar heb je deze gevangen?
My UK pb is 49.14, I caught this mirror last spring at Wellington Country Park, the full story is in the new Korda book 'Telling Tales'. My european pb is 72 pounds from my lake Gigantica in September 09, it was featured on Volume 3 of the free dvd, Carp, Tackle, Tactics and Tips. 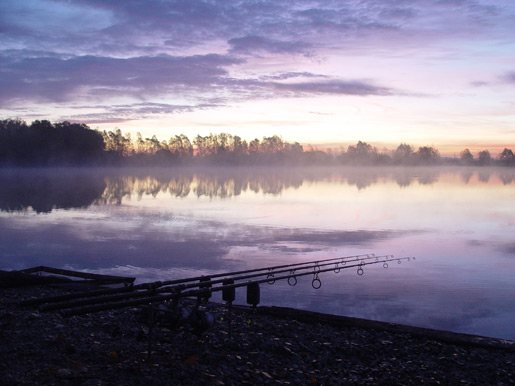 Wat is jou mooiste ervaring met betrekking tot karpervissen?
I caught two UK 40's and two mid thirties in one night in November 08, I consider this to be my best nights angling. I moved after two blank nights and read the swim just right, the baited area was the top of a hump rising up high off the bottom in deep water, supreme accuracy in both feeding and fishing was required and after landing both thirties after a double take I recast the remaining rod onto the hotspot and also recast one of the other rods and had the first 40 almost straight away. The next morning the middle rod was away again to complete my first ever brace of UK forties.

Wat is je grootste karpervisblooper?
I have done so many I can't remember the biggest. I have moved swims at the wrong time many times being too impatient. After catching the 72 at Gigantica I had another bite the next night on the same rod, I got it all the way in and the hook pulled under the rod tip, it was another huge fish, probably over 30kg, I was and still am gutted!

Besteed je veel tijd aan de voorbereiding?
No! I keep a lot of stuff in my van, except the rods, and main tackle bag with tackle box, buzzers and camera etc. These go in at the last minute along with bait and off I go. I don't tie rigs at home and I make all my special hookbaits on the bank. 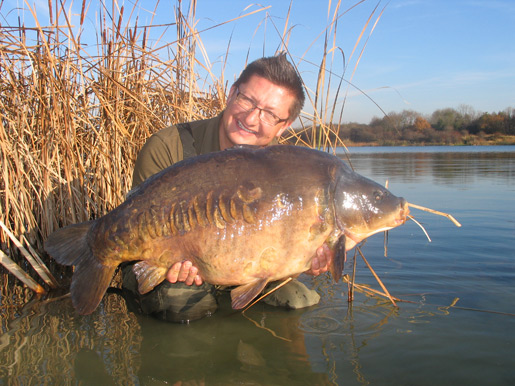 Heb je nog wijze raad voor je mede-karpervissers?
Effort definitely equals rewards. The more effort I put into my fishing the more I catch. That means keeping in touch with the water, locating fish and moving whenever I have to. Your eyes are your best item of tackle.